Minimum Viable Product: The Do’s and Dont’s For Testing Your App Idea

Developing a basic version of the app based on must-have features and launching it in the market for customer validation is the idea behind a minimum viable product (MVP). This basic version helps businesses achieve product-market fit (a product that truly solves user problems) while also helping clients save money and time.

In short, an MVP is a low-cost app version for testing user acceptance and response instead of launching a fully-fledged product in the market and realizing it didn’t address the user pain points.

But, before you start building an MVP app, here’s a guide that can help you understand the ins and outs of the concept.

What is a Minimum Viable Product (MVP)?

A minimum viable product is a launchable and workable version of the app that supports minimum yet most-important features for customer validation.

In simple words, an MVP app is a way to test an idea with your target audience and improve on it based on new learnings. An MVP focuses on the “just ship it” philosophy instead of waiting for the development of the entire product.

According to Eris Reis, Author of Lean Startup, an MVP is:

The smallest thing that you can create that proves a single premise through validated learning. It should be high quality because, if your premise is correct, you need to incrementally build it out.

The new features are built and integrated into the app based on customer feedback and their expectations from it. Alongside, improvements in the developed features are also made based on initial customer response.
Sometimes the mobile app developers write messy code in a hurry to launch an MVP, which, in turn, leads to technical debt. This tech debt further leads to the extra cost of rework later. Thus it is suggested to maintain a clean code that can be easily refactored in future iterations.

What is an Example of a Minimum Viable Product?

When Facebook was initially launched, it was a basic version where the users could create an account and connect with their friends.

With time, they observed the user behavior and introduced improvements to the already existing features, and also developed new features that the users would love and accept.

Another example can be that of Airbnb’s solid MVP. The founders of the app had a real user problem to solve for — managing house rents and offering an alternative to expensive hotel rooms.

Their assumption of letting people choose a personal apartment on rent over a hotel room seemed risky initially. They decided to build on the MVP, which included — one demographic setting to check people’s interest and likeability of the idea and yes it worked big time for this $30 billion company now.

It is a recommended practice to consider MVP app development before building a fully-fledged app:

The initial installers of the app are first of your customers, and if they like what it offers — there are good chances of developing customer loyalty down the line.

These initial adopters are your true critics who will help you improve on your MVP.

The right approach to gather their feedback is to:

To enable faster time to market and gain competitive advantage

MVP is faster to build as it accommodates only a few but the most essential features. It offers a chance to enter the market early and see how the target audience responds to the app.

Suppose you ignore building an MVP for your out-of-the-box idea. Now what if your competitor who is also working on the nearly same idea chooses to build and launch an MVP.

You will lose on the competitive edge here along with wasting all your resources spent on development so far, which is why building an MVP is considered. On the one hand, you will be first in the market to launch such an app while you have an opportunity to grow based on customer feedback and suggestions.

Spending thousands and millions of dollars on app development and realizing it didn’t attract the customer attention is catastrophic.

However, if you build an MVP that costs low in terms of — money, efforts, time, and other resources — you will be on a safer side.

It is always cheaper to build a minimum viable product that supports minimal features and requires less of other resources needed.

An app achieves a product-market fit when it truly addresses the user problems and delights them. If you have a product-market fit, word-of-mouth marketing happens on its own, i.e., people will talk about your app and will market it by recommending it to their friends and family.

With an MVP, you have an opportunity to achieve this product-market fit early. Moreover an early product-market fit would mean an increased demand of the fully-fledged product and large amount of incoming feedback that needs to be worked upon.

Not all feedback is worth considering. You will have to filter out the feedback and narrow down the ones that will add value to the app.

If a user is recommending a change to one part of the experience, you will have to run various tests (user testing and acceptance testing) to ensure it really is a problem. If it is — you can iterate through the MVP, or you can consider giving that recommendation a pass.

The primary objective is to pick on quality feedback and improve the MVP across iterations.

A study conducted by CB Insights helps understand why startup products fail that directly correlates with the importance of building an MVP.

PoC Vs Prototype vs MVP

Before moving ahead with MVP app development, it is imperative to understand how Poc, Prototype, and MVP are different from each other.

What is a PoC (Proof of Concept)?

When you have an untried idea for a software product, you need to check its feasibility — whether it will be implementable from a technical perspective or not.

Thus, a proof of concept is an evidence that your app idea can be converted into reality.
Note: If the idea is feasible, you can move ahead with developing the prototype. In case there is an existing app in the market that works on a similar idea as yours, you can skip creating a PoC.

What is a Prototype?

A prototype is a primitive version of the app.

A prototype is a skeleton version of the app that helps you visualize how it will look and feel. It helps validate the UX/UI flow. You can present the prototype to the stakeholders and the seed investors.

In other words, a prototype is a half-baked version of the app to help you visualize how the flow of the user interface elements will look like and check whether it promotes usability.

What is an MVP?

A minimum viable product is a basic-version app built with minimum features (such as your out-of-box idea) and is launchable in the market. Building an MVP is only considered after the PoC and prototype are built.

How to Build an MVP?

Here’s a step-by-step guide to help you build an MVP:

Market research is part of requirements gathering and prioritization. This is where the idea behind the app and its features are discussed. Does your app solve a user problem? If yes, how does it intend to do so?

For effective market research, you need to:

According to the MoSCoW rule of prioritization, there are four different ways to prioritize requirements. These include:

For your MVP to be a success, you need to prioritize the must-have features so that it defines your USP (Unique Selling Point) the best and helps you achieve an early product-market fit.

Build a proof of concept if you are trying to experiment with an out-of-box idea. This new idea would have to be tested to validate its technical feasibility.

This will help you answer whether the idea is practical and implementable or not. The development team builds a mock-up of the app to see how closely the idea can be mapped into a workable solution.

Work on the Prototype

Once the PoC is developed, move on with developing a prototype that validates the UX/UI flow of the app.

A prototype helps visualize the user interface and user experience to check whether it is user-friendly, intuitive, clean, responsive, and interactive. It also helps attract seed funding for your app in earlier stages of development.

A prototype also helps the designers and the developers have a crystal clear idea of their way forward. If the prototype does not solve the purpose and requires attention — you would have to ask the design team to iterate through the suggestions to make it visually appealing and usable at the same time.

If the prototype is accepted and acknowledged, you can consider moving on with its full-scale development. This is a holistic process where the development team focuses on:

The minimum viable product is launched in the live environment, which then can be accessed by all. It is the first baby step that your app takes as it waits for acceptance from customers.

Following the launch, marketing activities can be conducted to let your target audience know about the app. Based on their initial feedback — the further refinements are made, which in turn, shape the fully-fledged app launched later.

What is the Cost of Building an MVP?

The cost of building the minimum viable product depends on the complexity of its features and the development team (in case you outsource).

However, it can range from $5000 to $50,000 for a mobile app. The cost is expected to escalate if you hire an in-house team considering their payouts, infrastructure costs, and tools used. This is why outsourcing is a cheaper option compared to i-house development.

From a practical perspective — the cost of an MVP is variable and depends on whom you hire for the job.

Here are some best practices for developing an MVP:

A minimum viable product is a cheap way to test your app idea with your target audience. The biggest advantage is that you do not have to wait to develop and launch a fully-fledged app to check its acceptability.

This blog covers everything about an MVP such as — what is an MVP, its benefits, process, cost of building, and development best practices.

If you consider all the aspects of an MVP, your app could be a success, which will, in turn, will lead to word-of-mouth marketing.

Even if it is minimal, make sure it has everything your audience wants.

Top App Ideas For Starting up Your Entrepreneurial Journey in 2021 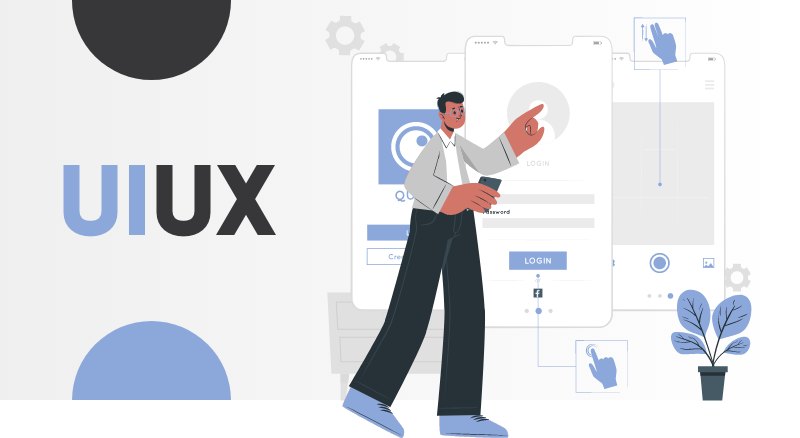 What Is UI/UX Design? A Comprehensive Guide 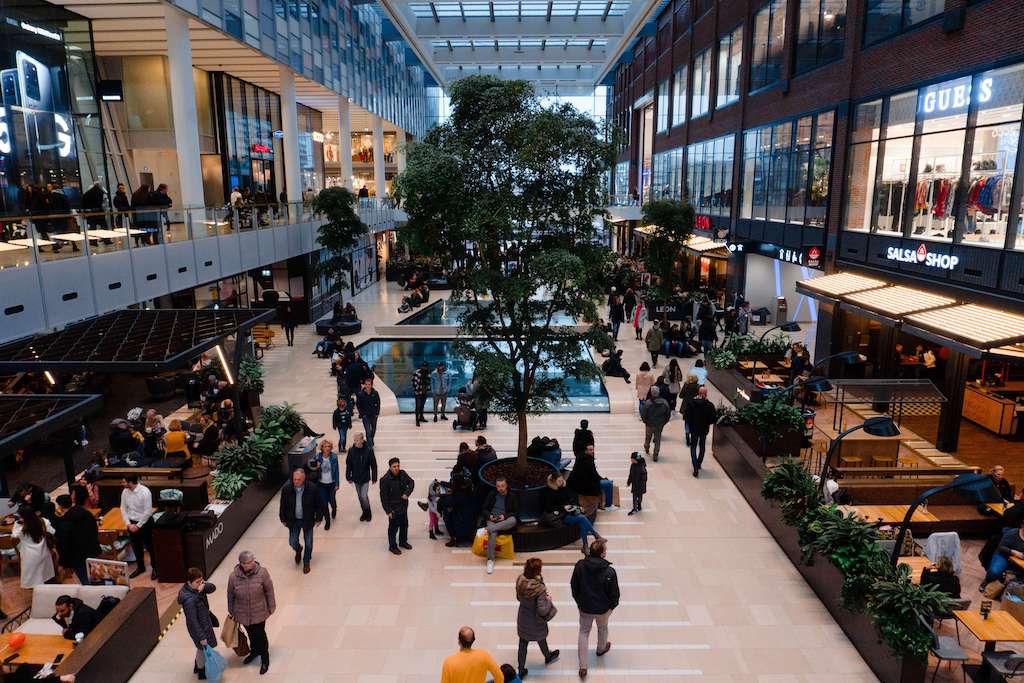 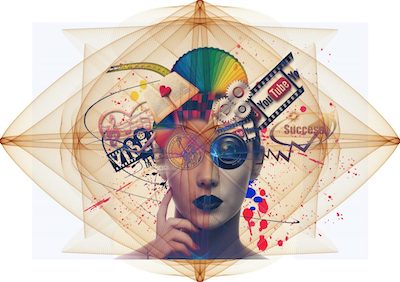 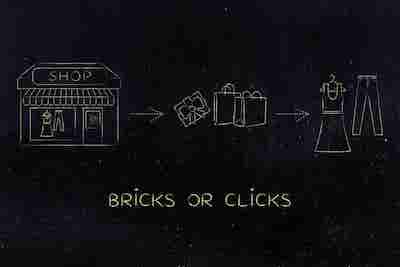 How To Transform Your Brick and Mortar Store To An E-Commerce Website? 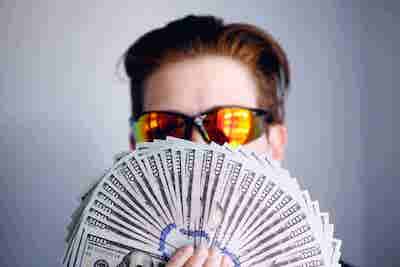 The Ultimate Guide On How To Make Money From An App 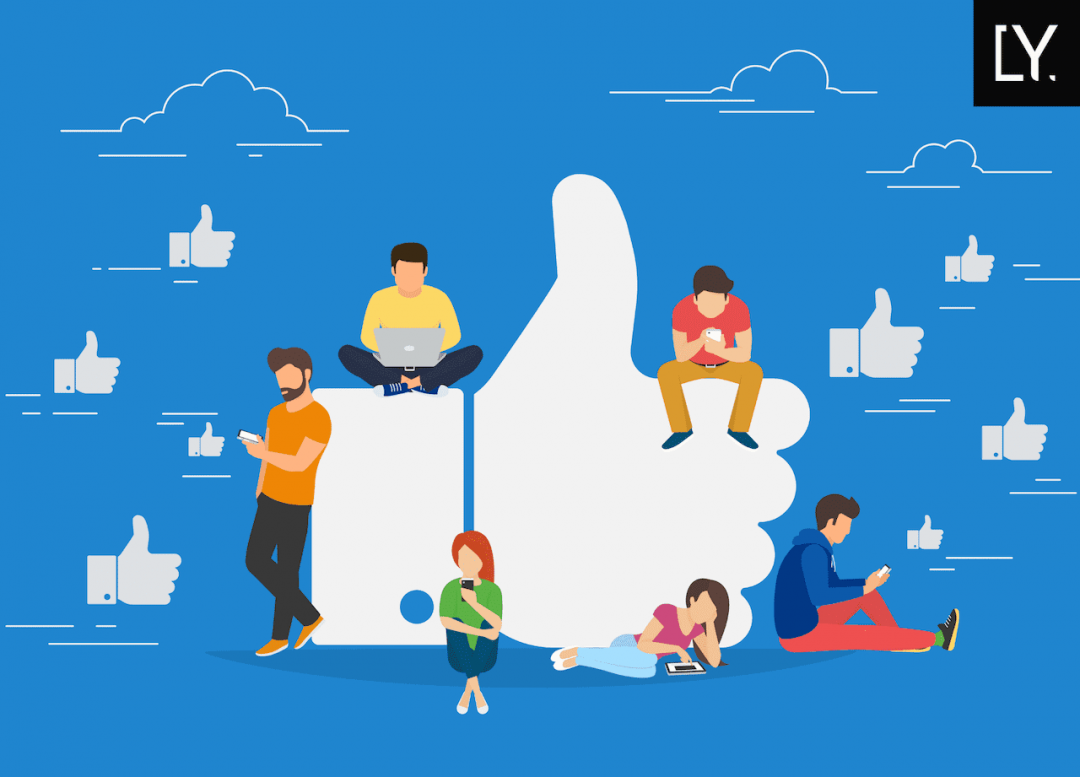 Winning Philosophy On How To Create A Social Media App 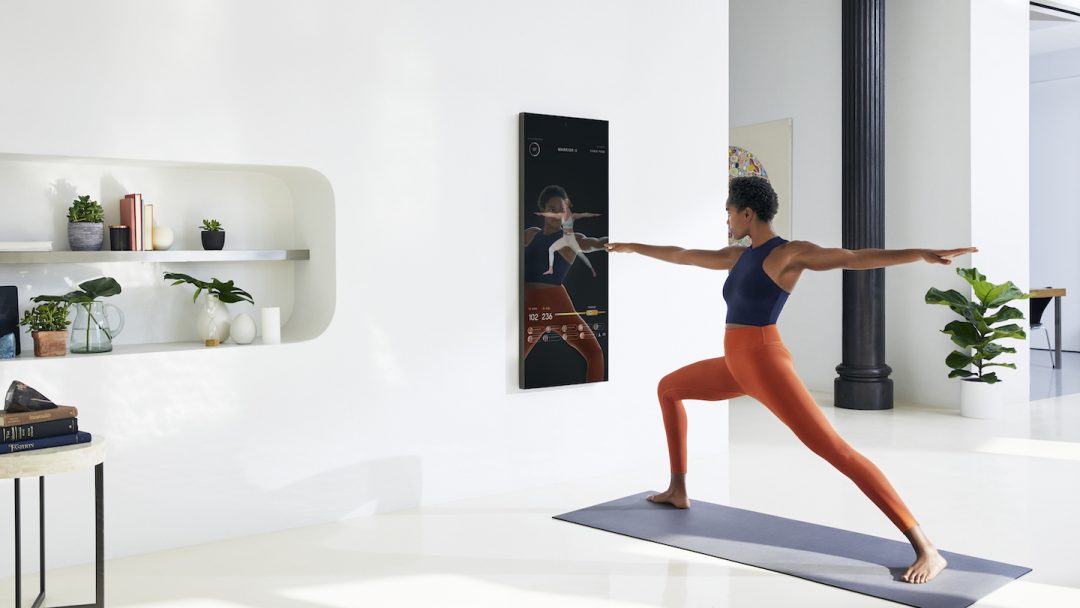 ClassPass – A Fitness Workout App: “Heterogeneous Evolution between Offline and Digital experiences in the Fitness Industry” 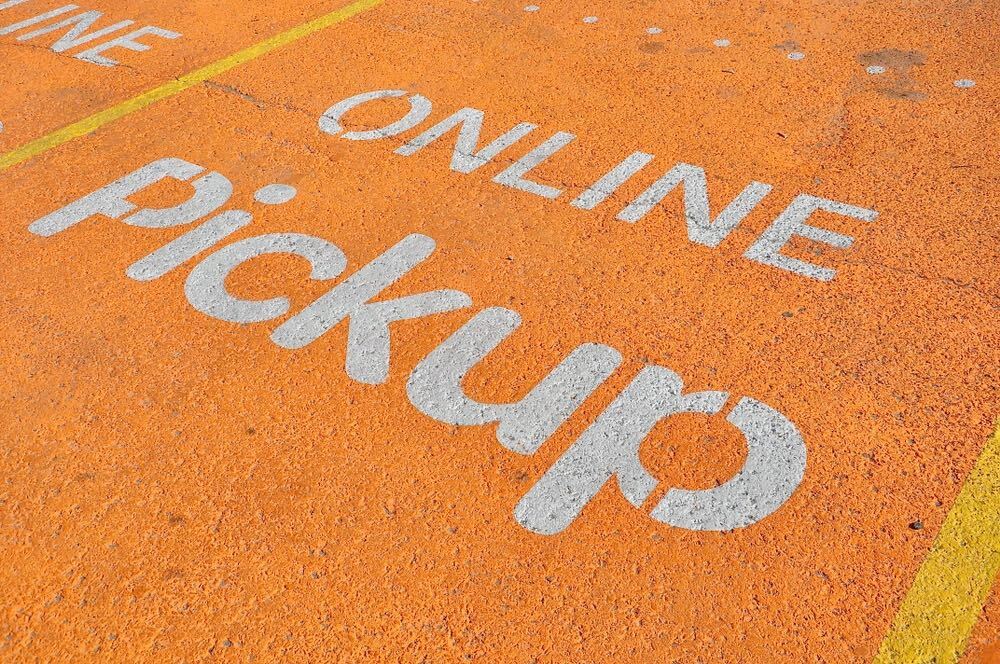 “Food Pickup App is the Future of the Food Industry”: Do You Really Need It? This Will Help You Decide! 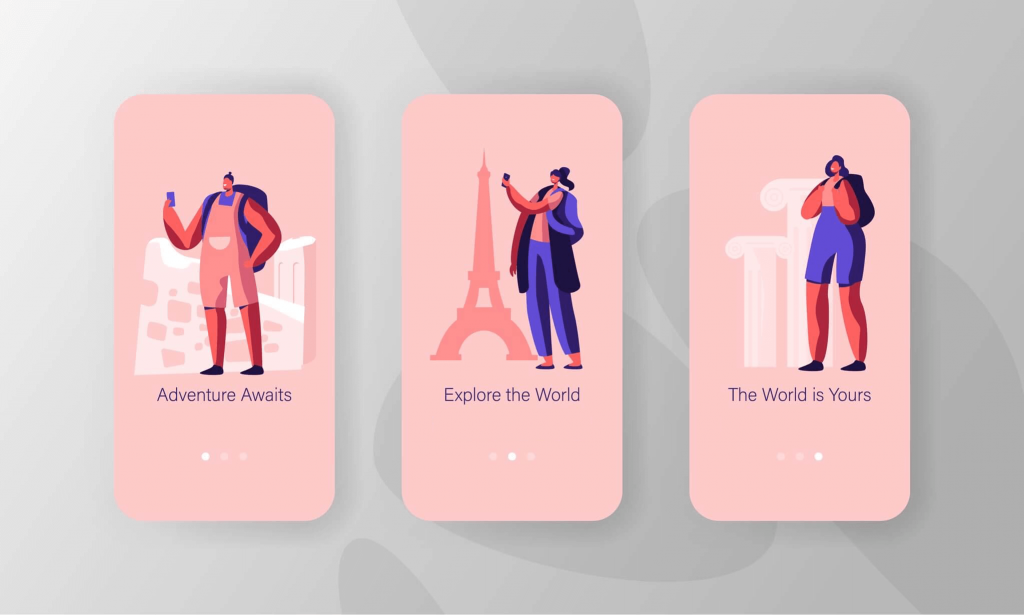 Why onboarding screens are a must for every app? 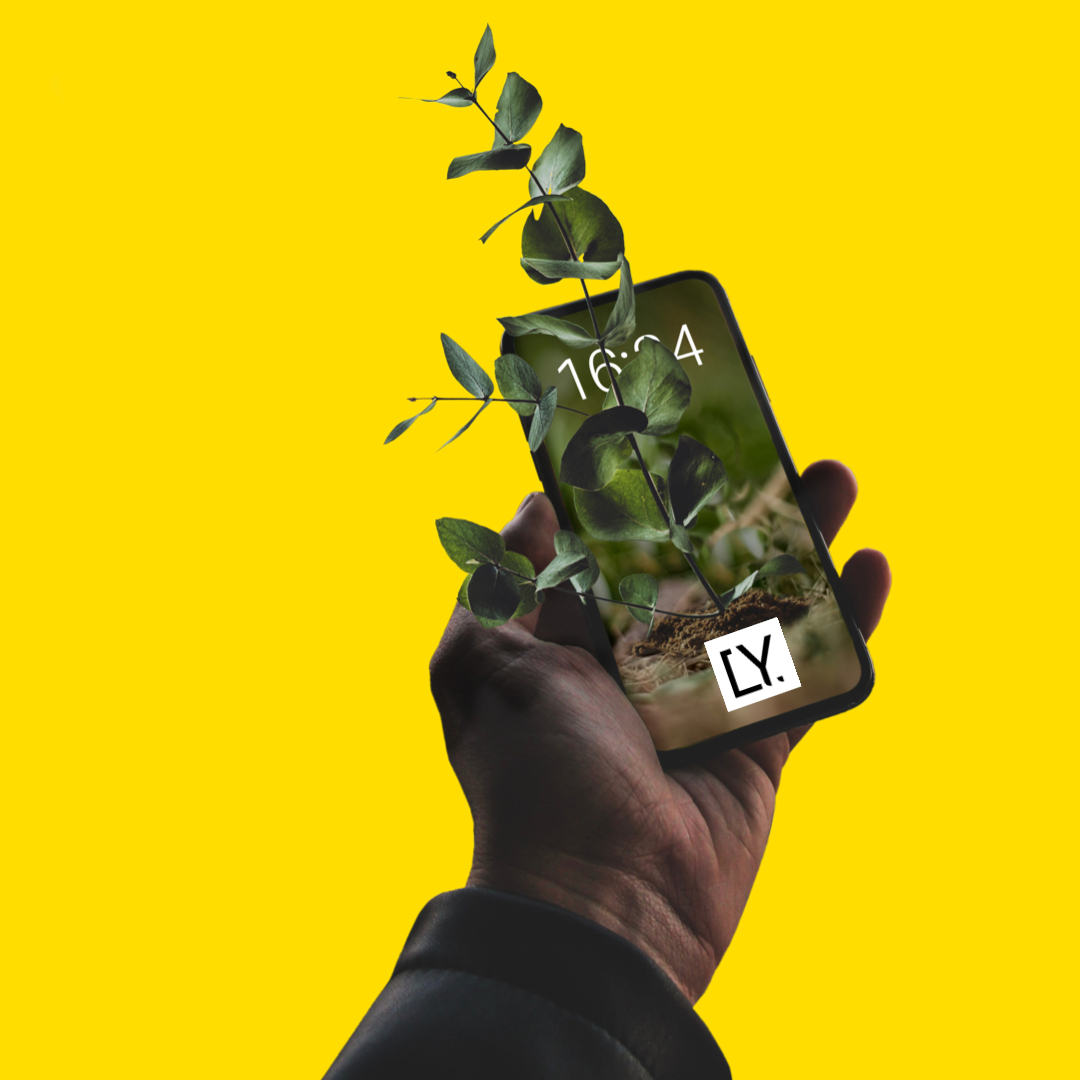